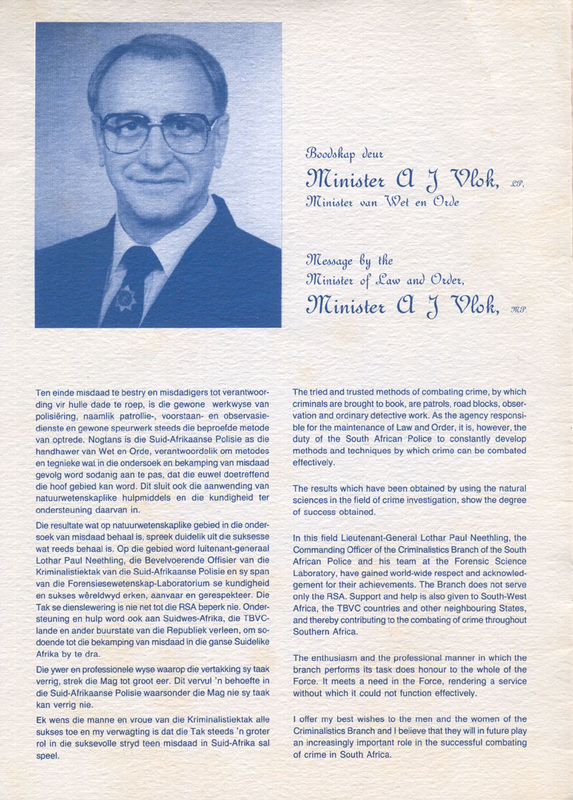 Message by the Minister of Law and Order, Minister A J Vlok, MP. (1988-05-13)
​
Delivered during the Official Opening of the LP Neethling Building – Forensic Science Laboratory.

​​The tried and trusted methods of combating crime, by which criminals are brought to book, are patrols, road blocks, observation and ordinary detective work. As the agency responsible for the maintenance of Law and Order, it is, however, the duty of the South African Police to constantly develop methods and techniques by which crime can be combated effectively.

The results which have been obtained by using the natural sciences in the field of crime investigation, show the degree of success obtained.

In this field Lieutenant-General Lothar Paul Neethling, the Commanding Officer of the Criminalistics Branch of the South African Police and his team at the Forensic Science Laboratory, have gained world-wide respect and acknowledgement for their achievements. The Branch does not serve only the RSA. Support and help is also given to South-West Africa, the TBVC countries and other neighbouring States, and thereby contributing to the combating of crime throughout Southern Africa.

The enthusiasm and the professional manner in which the branch performs its task does honour to the whole of the Force. It meets a need in the Force, rendering a service without which it could not function effectively.

I offer my best wishes to the men and the women of the Criminalistics Branch and I believe that they will in future play an increasingly important role in the successful combating of crime in South Africa. 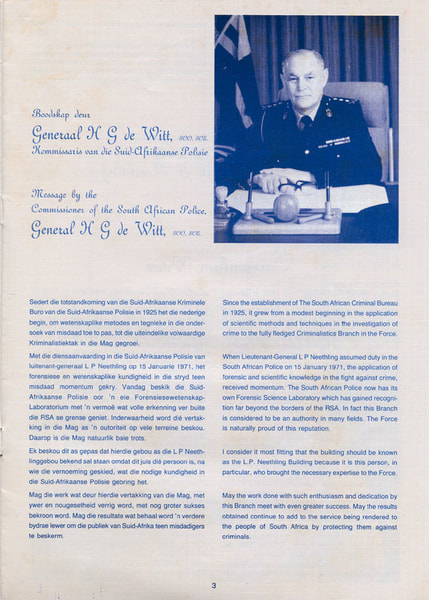 Delivered during the Official Opening of the LP Neethling Building – Forensic Science Laboratory.

Since the establishment of The South African Criminal Bureau in 1925, it grew from a modest beginning in the application of scientific methods and techniques in the investigation of crime to the fully fledged Criminalistics Branch in the Force.

When Lieutenant-General L P Neethling assumed duty in the South African Police on 15 January 1971, the application of forensic and scientific knowledge in the fight against crime, received momentum. The South African Police now has its own Forensic Science Laboratory which has gained recognition far beyond the borders of the RSA. In fact this Branch is considered to be an authority in many fields. The Force is naturally proud of this reputation.

I consider it most fitting that the building should be known as the L.P. Neethling Building because it is this person, in particular, who brought the necessary expertise to the Force.
​
May the work done with such enthusiasm and dedication by this Branch meet with even greater success. May the results obtained continue to add to the service being rendered to the people of South Africa by protecting them against criminals.
The following Info Pamphlet (typed in the Afrikaans language) was included in the brochure: 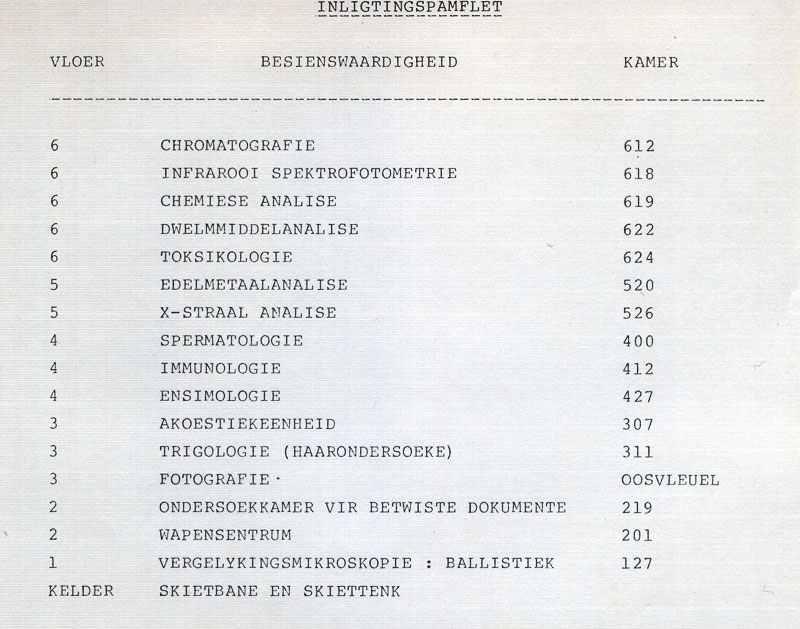 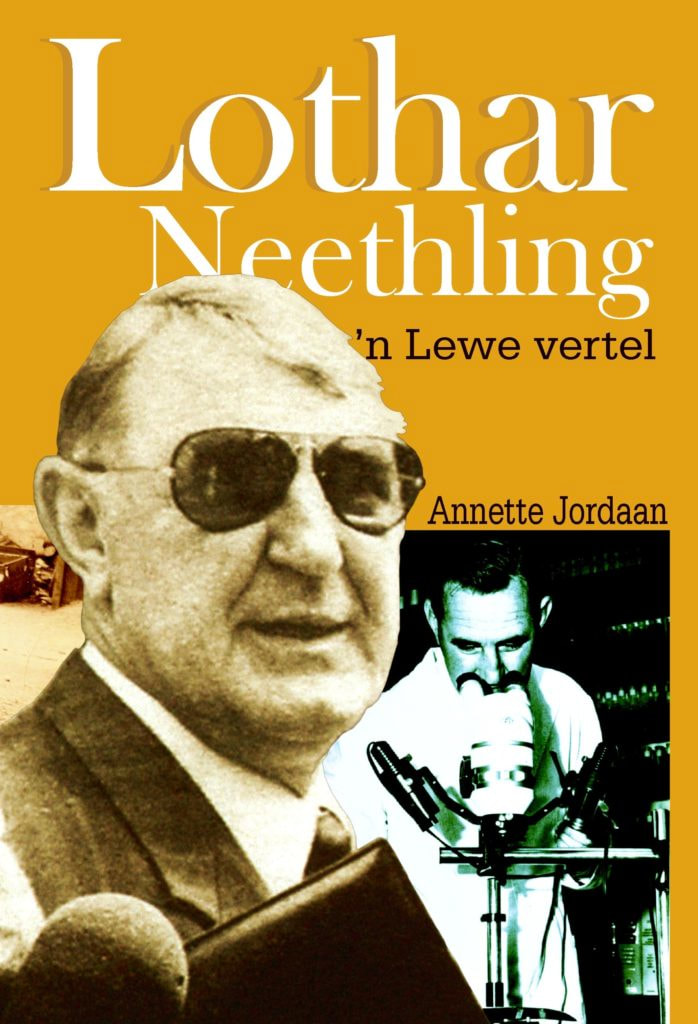