Between 1960 and 1990 South Africa was immersed in a bloody terrorist war as the ANC/SACP alliance and other revolutionary organisations attempted to overthrow the government through violence. The SACP, through the assistance of the Soviet Union, played a leading role and also made widespread use of propaganda, locally and internationally, in order to discredit the South African security forces and in particular the security branch and exploited every opportunity to portray members of the security branch in the worst possible light. The terror onslaught made no distinction between hard and soft targets and defenceless civilians, including women and children were ruthlessly injured, maimed and killed.
It was the task of the South African Police and in particular of the security branch to protect society from this onslaught. As a result of the nature and degree of the threat posed, members of the security branch were often forced, when faced with an immediate emergency or with a threat which constituted imminent danger, to take the law into their own hands. The mighty Soviet propaganda machinery managed to fool many in the media, academic, church and trade union communities and the security branch was forced to constantly defend itself from vicious attack.

While Max du Preez was running the Vrye Weekblad, articles in the paper accused General Lothar Neethling of supplying poison which was used to kill political activists. As a result, General Neethling instituted and won an action for defamation against the Vrye Weekblad which led to its financial ruin. The appellate division later found, in a unanimous verdict, that Max du Preez was guilty of defamation. No evidence was ever presented that showed that General Neethling ever provided poison to be used against political activists. 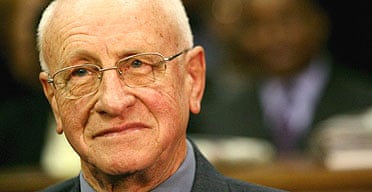 Former Minister of Law and Order, Adriaan Vlok. Picture: Kim Ludbrook/EPA
Vlok was not involved in any way with the PEBCO 3 case or the Mamelodi 10 or other incidents and it is clear that he has absolutely no knowledge of the facts. Vlok also knew nothing of the killings by Eugene de Kock and members of Vlakplaas. He was also not involved in any of the incidents involving Max de Preez and is clearly ignorant of the facts.

The security branch never acted illegally against Max Du Preez and in all cases the appropriate legal processes were followed, and he was always on the losing side due to the fact that he could never substantiate any of the allegations which he made.

The concluding paragraph of the Interim Constitution reads as follows:
“””””””…………This constitution provides a historic bridge between the past of a deeply divided society characterized by strife, conflict, untold suffering and injustice, and a future founded on the recognition of human rights, democracy and peaceful co-existence and development for all South Africans, irrespective of colour, class, belief or sex.

The pursuit of national unity, the well-being of all South African citizens and peace require reconciliation between the people of South Africa and the reconstruction of society.
The adoption of this Constitution lays the secure foundation for the people of South Africa to transcend the divisions and strife of the past, which generated gross violations of human rights, the transgression of humanitarian principles in violent conflicts and a legacy of hatred, fear guilt and revenge...””
The Foundation is not aware whether Archbishop Tutu or members of the National Executive of the ANC have ever asked the hundreds of victims of terrorism for forgiveness or have even apologized. The members of the ANC NEC under whose control acts of terror were committed and to whom amnesty was refused have also never been prosecuted.

The provisions of the concluding section of the Interim Constitution had reconciliation as its aim and was meant to overcome the wrongs committed by all parties during the revolutionary struggle, be they aggressors or defenders. If these principles were wholeheartedly underwritten and implemented by all the parties who agreed to them, foot washing would be superfluous. The fact that FW de Klerk and all the other political leaders who were involved have never said a word about it, confirms the view that these provisions were basically a farce.
FOUNDATION FOR EQUALITY BEFORE THE LAW
PRESS RELEASES