A Short History of SERVAMUS

By Elna Botha
This article was sourced in its entirety from the Commemorative Issue of SERVAMUS, January 1997, Vol 90 Issue 1 (p 16 – 22). It was originally compiled and written by Elna Botha. The editor of SERVAMUS has granted Hennie Heymans permission to republish this article in an electronic web format.
© Servamus Copyright Reserved

To retrace the history of SERVAMUS is a mammoth task. For 90 years the magazine has provided amazement, anger, laughter, frustration, sadness, amusement, fascination, awe, pride, humility … One needs only read some of the articles in the editions of the magazines over the years to realize how the importance of self-expression and communication makes it possible for a magazine to survive for so many years. People are fascinated by the doings and feelings of others and if there is anything running through the history of SERVAMUS like a golden thread, it is this interest that people take in their fellow humans. It explains why even today the most popular articles are those dealing with human achievement (sport) and fallability (crime). But let’s begin in 1907 …
​In the early copies of the Nongqai one can see that the same issues we are grappling with at the present had to be addressed then: advertisements, competitions, the tone of reporting, sport reporting, length of articles submitted, shooting … and even making the magazine available to the commercial market. And it happened as follows:
​We have decided that we cannot publish the Nongqai oftener than once a quarter. The Staff, which consists of the Editor, Sub-Editor and Artist could not cope with a more frequent production, in spite of urgent and flattering requests to do so …

The offer to insert advertisements for exchange, etc, has not come up to expectations. We shall, however, give it another trial … The competitors for the price of £1 1s., which we offered for the best short story submitted each quarter, have not been numerous up to the present, but we hope to do better next quarter …

Short stories should be of from about 1,200 to 2,000 words in length … Amongst the suggestions for conducting the magazine the idea of advertisements has been brought forward. We are, however, adverse to advertising unless financially obliged  … We may also now mention that the lines on which we wish to conduct this magazine are non-critical, non-political and non-denominational, and we request respondents and contributors to note these …

We thank all those energetic men who are supplying us with notes, but district correspondents should make their reports pithy and to the point. Reports on districts should never exceed 800 words in length. Special sporting or shooting notes, of general interest, can be sent in for “Sport” or “Shooting” columns …

So many requests for the Nongqai having been received from the public, we have decided to place a limited number of copies on the market. Copies, price 6d., may now be obtained from Messrs. Leake, Booksellers, etc., at 156 and 267, Church Street, Pietermaritzburg. And appreciation: To the many kind people who have sent us words of praise on the first issue of the Nongqai, we accord our hearty thanks, and it may interest you to know that we have sold 1,130 copies.

A History of the Natal Police written by W J Clarke, CC proves grimly that there’s nothing new …
1874: The newly-raised  Force was employed in patrolling the Langalibalele Location, which had been the scene of a rebellion. At the conclusion of the trouble in Weenen County, the Force was moved down to Alfred County to enforce the payment of a fine imposed on upon another rebellious chief.
1876: Removal of a rebellious tribe from Alexandra County to Pondoland.
1877: The Police formed the escort to the Special Commissioner, Sir Theophilus Shepstone, and were the only troops with him when he proclaimed the Annexation of the Transvaal. The men were practically laagered up in Pretoria for some time expecting an attack from the Boers. At the end of May, the 13th Regiment arrived to relieve the Police, who returned to Pietermaritzburg.
1877: Another Detachment of the Police was despatched to Weenen County to suppress an insubordinate chief.​ 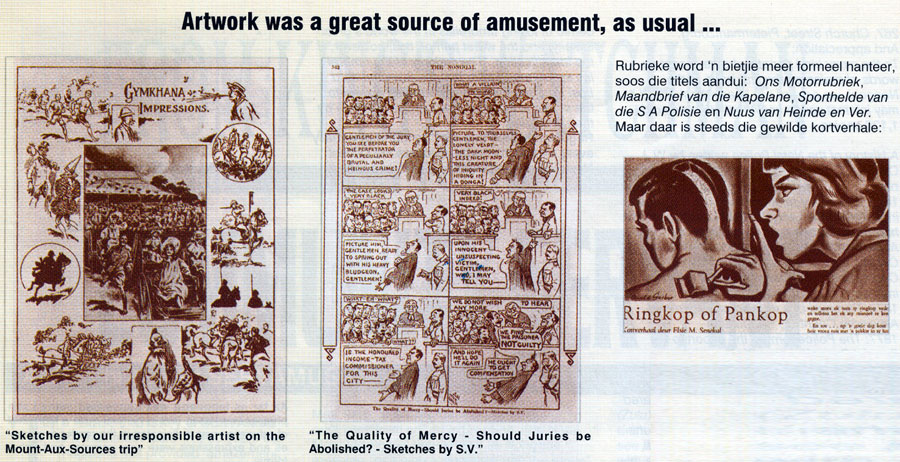 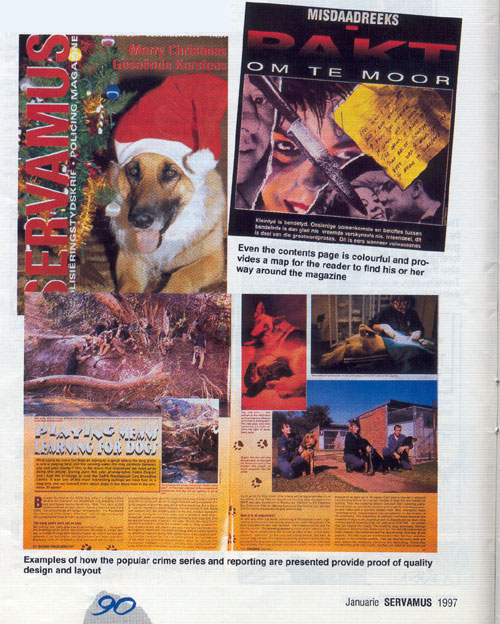 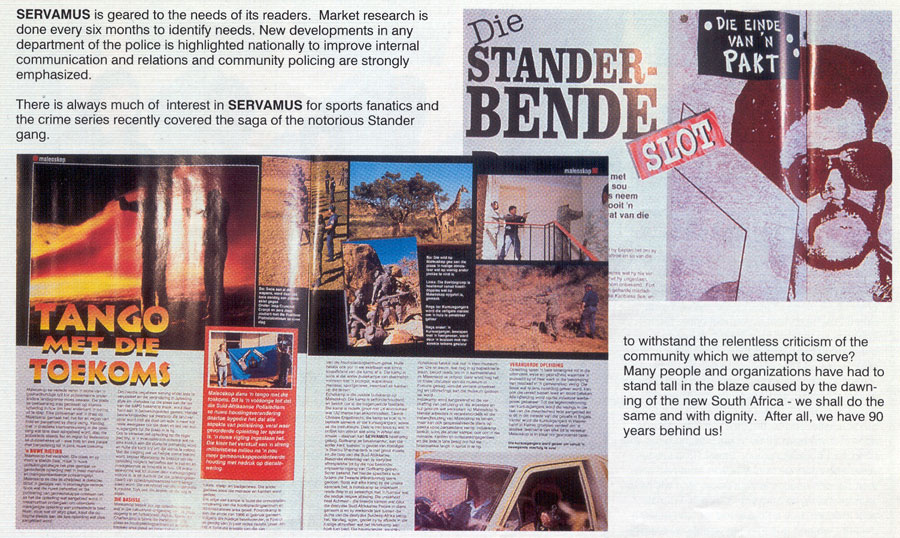 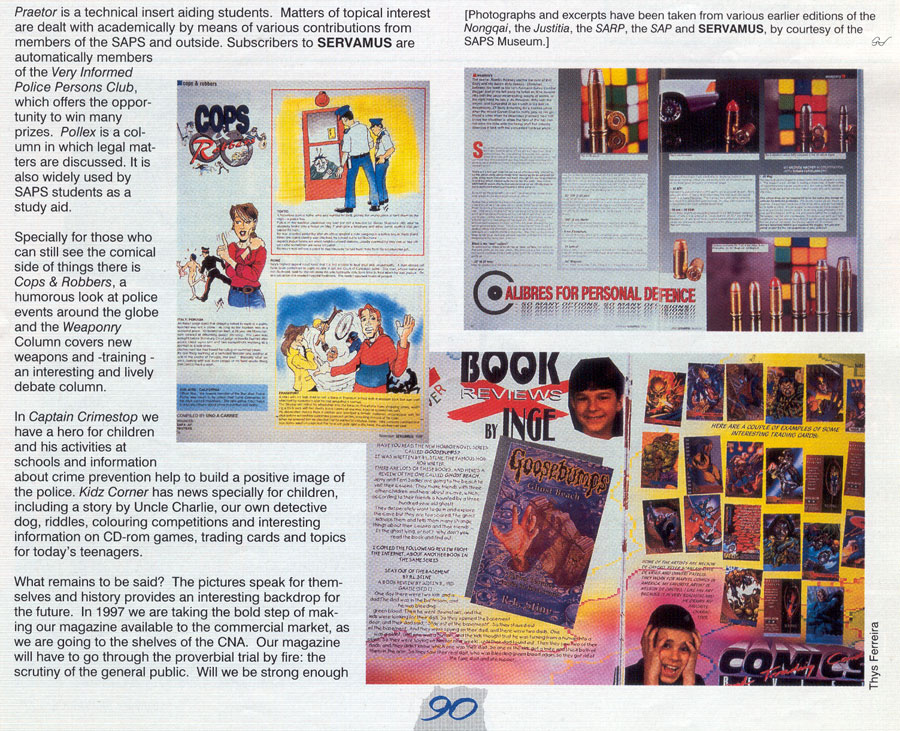 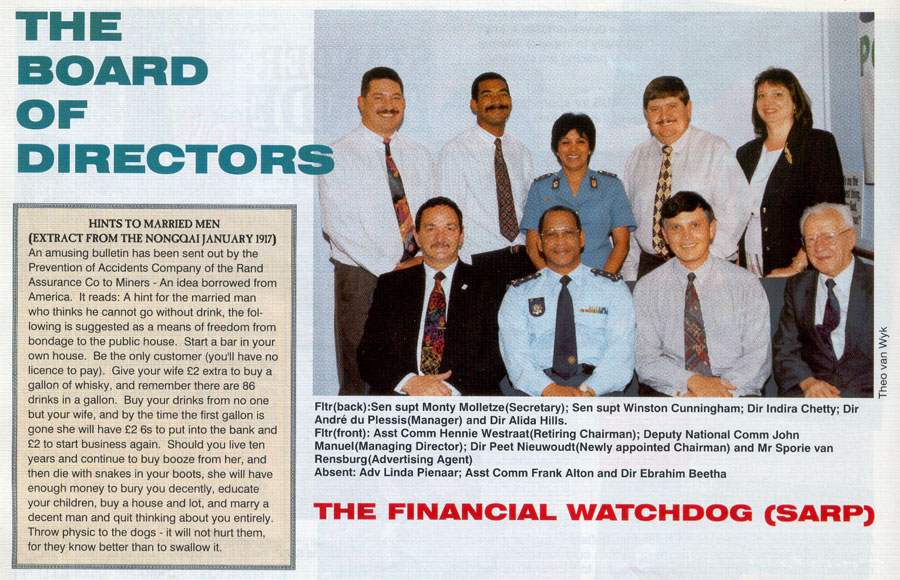